By Miguel Conner – Most religions offer a grand cosmic drama, a metaphysical narrative of conflict that filters down to the worldly realms—with the human soul often as the ultimate battleground. The Gnostics had their own spiritual epic, and presented perhaps the most intriguing yet menacing villains in all religious annals: The Archons.

The word “archon” sounds poetic, echoing some sci-fi antagonist perhaps, but the word simply comes from the Greek for “ruler” or “prince,” with a mostly secular connotation. Yet the Apostle Paul in his epistles uses “archon” in a transcendental context (Ephesians 2:2 and Colossians 2:15 are two examples). Through a more esoteric reading, Paul indicates that it was demonic agents, not the Jews or Romans, who were actually responsible for the death of Jesus Christ; and that these very same forces control the universe.

The Gnostics, always the radical innovators and deconstructionists, expanded Paul’s concepts into notion of the Archon (as found in such texts as the Secret Book of John, the Hypostasis of the Archons, and the Gospel of Judas). In fact, they took the notion to terrifying new vistas, proposing that the god of the Old Testament and his angels were nothing but Archons—mighty but flawed deities that managed the cosmos and suppressed the forces of good by drowning existence under waves of ignorance and bureaucracy of all sorts.

The Archons’ main task was to keep the lost sparks of the true divinity, contained in all humans, trapped in the material dimensions in order to fuel their own power (the Gnostic-themed movie The Matrix comes to mind).

The Gnostics (and Paul to an extent) wrote that the only method to defeat the Archons was through Gnosis: that knowledge of one owns God-consciousness, as well as a piercing vision through the false illusions of matter all the way to the Eternal Realm or Treasury of Light (and other names of the place where Sophia, Jesus Christ, and the Alien God dwelled).

The reason the Archons are so horrific is their very nature and purpose. Most religions assume that divine agents manage the universe, and with the Archons this is the case, but with a tragic wrinkle: they happen to be inept and greedy bureaucrats with almost unlimited power. One of the reasons the Archons are so intriguing yet menacing, as mentioned before, is the fact they are truly mundane and ordinary, nothing more than godly administrators draining all worthwhile systems of existence!

One can easily make the case that the narrative of the Archons actually hits closer to home, in ancient or modern sensibilities. After all, we can all relate to the suffocating maze that is a corporation’s customer support or the psychic-erosion of endless government red-tape, and other experiences that seem to slowly submerge consciousness into the mortal states of stupor, numbness, and defeat. On a cosmic level, the Archons are possibly the ultimate agency for oppression.

The concept of the Archons is certainly more approachable than that of traditional demons or evil gods orchestrating punishment in various underworlds. The idea of Hell has certainly lost much credence in modern Christianity. But the idea of bumbling, avaricious, and godlike creatures controlling our lives is something every person can relate to, and it continuously happens in everyday life! 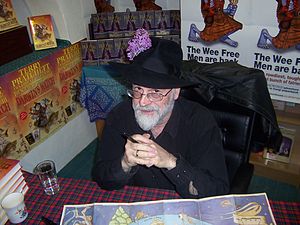 In fact, in the novel Good Omens, written by Terry Pratchett and Neil Gaiman, a demon appropriately named Crowley proves that the Archon-way is superior in the fight against Heaven. He demonstrates that traffic jams and phone service outages are far more efficient in damning souls than such common demonic methods as possession or temptation. Death by a thousand frustrations is the best way to dim the human spirit.

The notion of Archons, beyond literature, has recently become popular in modern Occultism and even in Conspiracy Theory circles. Two main examples are Alex Jones and David Ickes, both who have frequently spoken about the threat of Archons.

Even from a practical theological standpoint, the existence of the Archons makes more sense. Many in modern Occultism like to quote the Gnostic truism of “As above, So Below.” But they assume it only travels one way, just as they forget that in many ancient traditions the world is but a reflection of the higher realms. In other words, if human societies’ are basically mazes of well-intentioned but deficient systems, and that they ultimately smother what is heroic in individuals, then wouldn’t it be the same for the gods who made us partially in their image?

Maybe Paul or the Gnostics never met an Archon, purely speculating on the state of the cosmos, but they felt their enslaving effects. And so has every person who ever lived, whether it was by their soul-diming of filing worthless paperwork or by the grim and scientific realization that the very fabric of the universe is full of pot holes that will never be fixed.

See http://simonmagus.com for a dramatic version of this myth.

At last ! an explanation! Maybe the explanation? Anyway, I’ll go to bed easier tonight! Lol! (maybe read it again, in the morning???)

But watch out for the boogey man 😉

hi doug.i first came across the possibility of these Archons from the writings of Cameron Day at ascensionhelp.com – and i felt as you do here.like,at last ! something that makes sense,resonates with a lot of other research i have done., What Cameron does it take it beyond mere information however, as he is an adept energy healer of many years, and he shows you how to both clear your feild of these parasites, but also how to increase your own potential with his ‘genius brain power’ meditation programs.sort of like an ‘upgrade’ for your conciousness! check it out if… Read more »