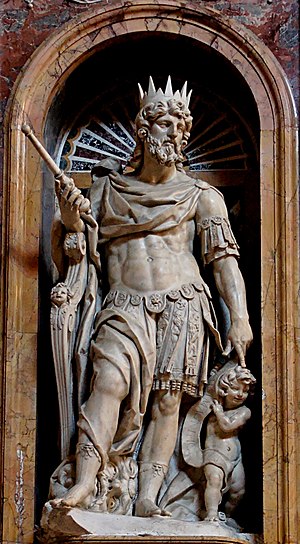 INTRODUCTION – This is part two in a series of articles on King Hadad and King David. Much of the research material that I have put together is open source which I have provided links below to these free books online. If you would like to read my first article, please see this link titled, Lord of the Whole Earth – King Hadad Part 1 . My hopes are that with my last article, the research I have compiled below and my future articles will help to prove my theory that King Hadad is King David. You will see that I just link and copy much of the open source material I have found. The reason being is that I feel that these authors need credit and it is just me using my intuition to locate their works and then put therm all together here online to make more sense or give more evidence to theories they have already presented.

I sincerely hope you enjoy this article.

Many of the names we see written in the Bible are simply not the original birth names of the people these stories are written about. They are what we call “allegorical.”  An allegory is a device used to present an idea, principle or meaning, which can be presented in literary form, such as a poem or novel, in musical form, such as composition or lyric, or in visual form, such as in painting or drawing. It is also seen in scriptural passage and this is the main method used by Biblical authors to help conceal the identity of the blood lines described in both the Old and New Testament. Hence, if you are attempting to solve Biblical mysteries or decode names, it is imperative that you understand that every name is purely fictional on its surface. But these names also leave clues to the truth of the person behind these “invented” persons that are created to conceal, but also reveal with those with an eye to see.

One such allegorical name is King David. It is King David whom I believe may have been  King Hadad, son of Bedad who would be one of the founders of the House of David. He would also be father to the allegorical King Solomon and one of original kings of Edom.

(Hebrew: דָּוִד, דָּוִיד, Modern David TiberianDāwîḏ; ISO 259-3 Dawid; Strong’s Daveed; beloved; Arabic: داوود‎ or داود‎ Dāwūd) was, according to the Hebrew Bible, the second king of the United Kingdom of Israel and, according to the Gospel of Matthew and the Gospel of Luke, an ancestor of Jesus. David is seen as a major Prophet in Islamic traditions. His life is conventionally dated to c. 1040–970 BC, his reign over Judah c. 1010–1003 BC,[citation needed] and his reign over the United Kingdom of Israel c. 1003–970 BC.[citation needed] The Books of Samuel, 1 Kings, and 1 Chronicles are the only sources of information on David, although the Tel Dan stele records “House of David”, which some take as confirmation of the existence in the mid-9th century BC of a Judean royal dynasty called the “House of David”.

Now that we know King David was actually an allegorical name for a real king in history, we can then start the search for the actual person behind these allegorical biblical tales. This sometimes can be difficult due to the conflicting dates, stories and historians who have different ideas to who King David may have been. Therefor, when you research for facts or clues, you will always find that most everything you discover does not entirely match up. So it is our jobs as modern day researchers in this year 2012 to make sense of the multitude of books or articles that have been written on these subjects. This I believe can only be done by true descendants of these Kings who have the answers encoded within their DNA that they are able to access these lost secrets intuitively via Gnosis.

So who was the real King David?

My research is pointing to particular ancient King who was one of the Kings of Edom and Damascus in modern day Syria. His name was Hadad Ben-Bedad, “Son of Bedad”;

who defeated the Midianites in the country of Moab, was the fourth king of Edom and Hadad was also the seventh of the twelve sons of Ishmael. The name Hadad appears in the name of Hadadezer (“Hadad-is-help”), the Aramean king defeated by David. Later Aramean kings of Damascus seem to have habitually assumed the title of Benhadad, or son of Hadad, just as a series of Egyptian monarchs are known to have been accustomed to call themselves sons of Ammon.

An example is Benhadad (“Son of Hadad”), the king of Aram whom Asa, king of Judah, employed to invade the northern kingdom, Israel, according to 1Kings 15:18. In the 9th or 8th century BCE, the name of Bar-Hadad ‘Son of Hadad’, king of Aram, is inscribed on his votive basalt stele dedicated to Melqart, found in Bredsh, a village north of Aleppo (National Museum, Aleppo, accession number KAI 201).

As a byname we find Aramaic rmn, Old South Arabic rmn, Hebrew rmwn, Akkadian Rammānu (“Thunderer”), presumably originally vocalized as Ramān in Aramaic and Hebrew. The Hebrew spelling rmwn with Massoretic vocalization Rimmôn (2Kings 5:18) is identical with the Hebrew word meaning ‘pomegranate‘ and may be an intentional misspelling and parody of the original.

Hadad Ben Bedad was a king of Edom mentioned in the Bible, in Genesis 36:31-43. He succeeded Husham in the apparently elective kingship of the Edomites. He is described as having moved the capital of Edom to Avith, and of defeating the Midianites in Moab. In 1 Chronicles 18:2  we have King David that also defeated the Moabites, and they became subject to him and brought tribute. In Hadad Ben Bedad you will find has many spellings in the different languages around the world and interpretations from historians that have come down to us over the last few thousand years. In researching this unique name I have found various alternative pronunciations such as Eldad, Bedad, Dudu, Adad, Aden, Dudu, Dawd, Amnidad and Heldan.

What does Hadad mean?

Hadad ( = Son of Dod or David) Be-dad, or Bon-dad, “the son of Dad,” was the father of the Edomite, Hadad. David, Daoud, or Dood means the beloved ; and as a mythical character the beloved one, the Lord’s anointed.

The same is seen in the Kings of Edom, in Genesis in the names of ” Hadad,” Bedad ( = Bendad, son of Dod or David), Samlah, Shaul ( = Saul), and Benhanan. In the names Dod, Dad, Dan and David we have a specific true meaning behind these other names. This true meaning would be “Father.” Hence, when we find these many different names written in literature, they are referring to one “Lord and Father.” Many Bible scholars translate the name David as Beloved, but the Hebrew root

I have found books that agree with my theory and when you put it all together, it makes perfect sense such as as this one where you will find that David’s first name was Elhanan (or Baal hanan). This would be the same Elhanan in the biblical passage 2 Samuel 21:19, And there was again a battle in Gob with the Philistines, where Elhanan the son of Jaareoregim, a Bethlehemite, slew the brother of Goliath the Gittite, the staff of whose spear was like a weaver’s beam.” This Goliath the Gittite is an allegorical name for Uriah the Hitite which in another article in itself. David; and at the head of the thirty mighty men of David is placed Elhanan, the son of Dodo of Bethlehem, where who should probably read ‘ Elhanan, who is Dodo,’ or David.”

Hadad was the king of Edom, the son of Bedad, and successor of Husham .  It is from husham where we get Ham and we know of Egypt known in ancient times as the Land of Ham.Ham (Hebrew: חָם, Modern H̱am Tiberian Ḥām ; Greek Χαμ, Kham ; Arabic: حام, Ḥām, “hot” or “burnt”), according to the Table of Nations in the Book of Genesis, was a son of Noah and the father of Cush, Mizraim, Phut and Canaan. When Jobab ben Zerah  died: then Husham of the land of Temani, reigned in his stead and when Husham died, is when then Hadad the son of Bedad had reigned.

In ancient Syria, the allegorical name, King Hadad was known as Adad, or Aden was the Syrian Sun-god whom the Assyrians identified with their Rimmon, although Rimmon was the god of the air and not the sun. In Hadad, they had merged the Air God of Rimmon with the Sun God “Dod, Dad or El Dad.” But in Hadad the Sun-god and the Air-god were united in one, a union which has also been identified by its compound HadadRimmon (Zech. xii. n). By the side of Hadad stood his son Ben-Hadad. In ancient Syrian, Hebrew and Arabic, Ben means son. It is the kings of Edom (Gen. xxxvi. 35) who were called ” Hadad the son of Bedad,”that is Ben-[Ha]dad. Other similar names used were Hadad-idri and Bin-Hadad-idri. Hadad– idri is the Aramaean form of the Biblical Hadad-ezer. The immediate predecessor of Hadad-idri was a Ben-hadad (1 Kings xv. i8),s and this is where there has been confusion between the Lord, Hadad and his son, Benhadad The consort of Hadad is Atargatis, the great Syrian goddess who is Astoreth the Queen of Heaven with crescent Horns whom the Phoenicians called Astarte. In an inscription found at Ostia, which dates 177-180, Hadad of Baalbek, or Jupiter Heliopolitanus, bears the title “Angel.” By comparing this inscription with those found in Baalbek the conclusion has been drawn that the Baal of Heliopolis was called an “Angel.” On some monuments he is represented as an eagle, carrying in his talons the wand of Hermes. This wand is the symbol of Hermes as Psychopompos. This comparison has led to the further conclusion that the “Angels” of paganism are the conductors of soul to the lands of the blest (que les anges du paganisme sont en effet regarded comme les conducteurs des ames). The Syrian troops carried the worship of angels with them wherever they went, and this accounts for the existence of the monuments in Dacia and other parts of the Roman Empire.

So now we also have the connection to the Hermes. In my article The Lord Hermes – Part 1 you can now find more similarities between the Phoenician Hermes and the Syrian Hadad Ben Bedad.

I have been saying the exact same thing for years. It is such a blessing to see someone who has seen this. I am also a descendant of these people. He is the josephian Edomite descendant. Juda and Joseph Ephrata Wich is a descendant of Jair. A man from juda and joseph. I have more to say as I am a direct descendant. Thank you so much for your outstanding work.